Join us for an evening of fine wine exploration and soulful music at The Velvet Note. 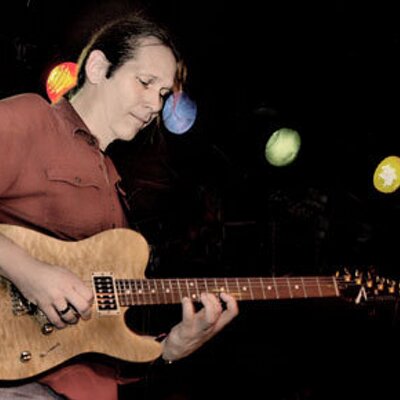 Our new Wine Flight Wednesday Nights include three two-ounce pours of wines for your tasting, as well a killer band.  You may also enjoy our full bar and restaurant dinner as you listen to guitarist Cooper Tisdale.

Cooper Tisdale has caught the ears of listeners from Canada to the coast of Georgia with his soulfulness and eclectic mix of music. Although this guitarist’s music can be described as jazz/rock, his influences encompass many genres.

After studying at California’s Guitar Institute of Technology, Cooper returned to Georgia and began his music career, performing everything from rock to jazz and funk. He has performed at Radio City Music Hall with the Indigo Girls and at Carnegie Hall with Kristen Hall. He has opened for the likes of Chet Atkins, Steve Morse, REO Speedwagon, 311, Grover Washington, Jr., the Nixons, and Spyro Gyra. He has also performed with members of The Band, the Crusaders, and Earth, Wind & Fire.