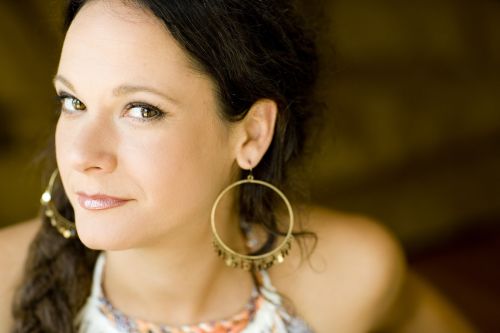 This is the culmination of the highly-praised, week-long vocal camp for jazz singers.  If you have family or friends in this showcase, you don’t want to miss out on limited seating!  And vocal camp coach Annie Sellick leads the way for this extraordinary performance!

Annie Sellick may be compared to the greats – “Ella’s playfulness, Carmen’s attitude, Betty’s instincts and Anita’s flair…” (Greg Lee, WMOT jazz radio).But, she is unequivocally and undeniably an original.Don’t let her southern drawl, as sweet as biscuits n’ honey, cause you to make assumptions, because there is nothing shy or demure about Ms. Sellick’s control – of the stage, the music, her sound, and her audience.

It’s quite obvious she is totally at home as a live performer, immediately engaging her audiences with an innate ability to make everyone in the room feel like she is performing just for them. But these special gifts aside, it’s Annie’s pure talent as a musician that is earning her rave reviews and a growing fan base around the world.

Annie lives in Nashville, Tennessee; however, she is quick to tell you “growing up in ‘Music City’ I hated country music.”But Nashville is home base for some of the finest musicians in the world playing every genre of music.”I have had the opportunity to play with a very talented pool of Nashville-based jazz players, and it has been a great place to cut my teeth and learn.  These days I am learning from Nashville musicians of all styles.There is such a high level of musicianship here, and the support of the community is unparalleled.”

At first, Annie had no intention of pursuing a career as a performer, which would likely have led to “a roller coaster life and living in her parents’ basement at 30!”Then one evening in a “dive bar” near the college she attended in Middle Tennessee, Annie sat in with guitarist Roland Gresham. “The only standards I knew were ‘Fever’ and ‘Somewhere Over the Rainbow,” she remembers, laughing.“I sang ‘Fever’ and everybody went berserk.”The band hired her then and there.She recalls getting the names of jazz singers from a friend, tracking down their albums, learning the tunes a few at a time and then returning to the club to sing them.

Annie’s career had a fairytale beginning – not unlike Lana Turner wearing the right sweater into Schwab’s Drugstore in Hollywood.But there is nothing make-believe about her talent.Her obvious ease in front of an audience, the naturalness of her voice, her sense of timing and interpretation of lyrics, her feel for the music – these elements all came together during this time.While performing gigs at night, she studied her craft at the Nashville Jazz Workshop and was offered their first work/study opportunity.The Nashville jazz community and its fans spread the word about this young pixie-faced singer with the long dreads whose voice denied both her youth and looks – adding to her charm and appeal.

Today, Annie is a mainstay at the major jazz venues in Nashville, where she has performed with all of Music City’s jazz artists, including Beegie Adair, Jeff Coffin, Rod McGaha and Bela Fleck.She is the resident vocalist with the Nashville Jazz Orchestra, with whom she has recorded, and she gave a celebrated sold-out performance with the Nashville Symphony Pops Orchestra, “An Evening of Jazz.”She has won a large, devoted following in her home town that has garnered five consecutive “Best Jazz Artist” awards from the Nashville media and the #1 best selling local artist for two years at Tower Records Nashville.

She stepped up her music studies, taking guitar at the New School while living and performing in New York City for a time.She also coached with Rebecca Paris in Boston and Rhiannon in Hawaii.Soon, she was stretching her wings beyond the Nashville area traveling to Europe, Japan, Canada and throughout the United States establishing solid fan bases centered in Atlanta and Birmingham, the major cities along the east coast from Hilton Head to West Palm Beach, Cincinnati, Los Angeles and Montreal.Her club appearances in Montreal resulted in an invitation to perform at the 2006 and 2008 Montreal Jazz Festivals.She has also made regular appearances at West Coast Jazz Party, Newport Beach Jazz Party, Vail Jazz Festival and she opened for Curtis Stigers at the Gene Harris Jazz Festival.In 2006, she toured with Mark O’Connor’s Hot Swing.She has made six Japan tours covering twenty cities both as a soloist and featured vocalist with John DiMartino, David Hazeltine, Grant Stewart and the late Eddie Higgins.