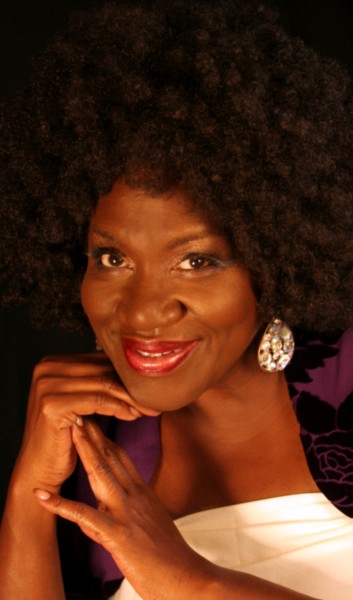 Washington, D.C. standout Sharon Clark has brought festival and concert audiences to their feet across the U.S. and Europe. Her 2008 release, “Do it Again — My Tribute to Shirley Horn,” is on its second printing, and she grabs top honors wherever she goes. Ms. Clark won the Gold Medal and $10,000 top prize at the Savannah Music Festival’s American Traditions Competition. She then took first place in the Billie Holiday Vocal Competition, which offers a $2,500 prize along with a featured appearance with the Baltimore Symphony.

Ms. Clark has headlined the Duke Ellington Jazz Festival on the National Mall and the historic Lincoln Theater. The Cape May Jazz Festival has hosted Ms. Clark three times by popular demand. She has toured Turkey, the Republic of Kyrgyzstan and Russia multiple times. Ms. Clark has also been the featured vocalist with the Smithsonian Jazz Masterworks Orchestra and the Richmond Symphony. The Ludacris Foundation chose Ms. Clark as its featured jazz vocalist in its 2009 tribute to Quincy Jones.

While audiences cheer, the critics have taken notice. Ms. Clark’s standing-room-only debut at the Cape May Jazz Festival drew raves from JazzTimes: “Clark not only conjures up memories of the Divine Sarah [Vaughan]; she does them justice. I never thought I’d hear a singer with the range, musicality and command of tone and timbre that was Sarah at her best, but now I have.” The Washington Post calls her “powerful yet supple . . . soulful, swinging . . . wonderfully nimble . . . dreamy.” Washingtonian Magazine has labeled her a “Jazz Master.”

Ms. Clark has performed at the Kennedy Center, Blues Alley, the Lincoln Theater, the Smithsonian Jazz Cafe, the One Step Down and Twins Jazz. In July 2001, the Smithsonian Jazz Masterworks Orchestra featured Ms. Clark in its tribute to Quincy Jones. In August 2003, Ms. Clark was a featured vocalist for the Keter Betts 75th Birthday Celebration hosted by the Smithsonian Institution at the personal request of Mr. Betts. In 1998, Ms. Clark performed by invitation for President William Jefferson Clinton and other dignitaries at a retreat sponsored by the Democratic National Committee. In addition, Ms. Clark appears regularly at Mandarin Oriental, Washington D.C.

Saturday’s 7:30 show is SOLD OUT with the exception of Bar Seats.

Purchase 9:30pm seats for Saturday BELOW: