Scott Giddens began playing the organ at the age of five as he mimicked what he heard his Grandfather playing on the Hammond. Before his feet could reach the pedals he was also playing the piano, delving into classical music, boogie-woogie, and improvisation. During his teenage years he attended the award 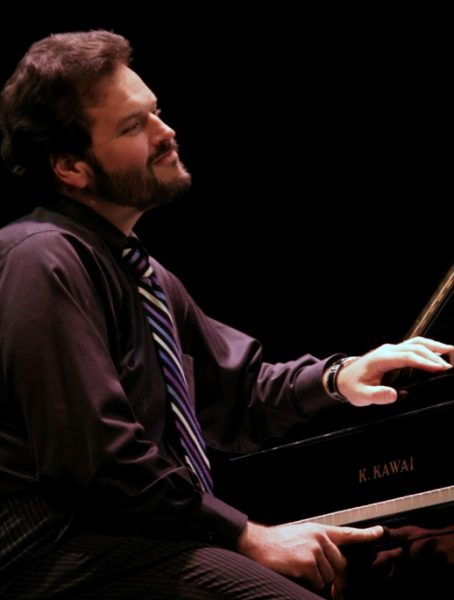 During his college years Scott was afforded the opportunity to play with some of the greatest musicians of our time including the Brecker Brothers, Joe Lovano, Russell Malone, Slide Hampton, Arturo Sandoval, and Nicholas Payton.  Since earning his undergraduate degree Scott has been heard backing such jazz luminaries as Harry “Sweets” Edison, Ira Sullivan, Bunky Green, Vincent Herring, Andreas Oberg, Nathan Page, John Pizzarelli, Linda Hopkins and Diane Schuur.  He has played in venues all over the United States as well as Russia, Australia, Amsterdam, and France. He has been featured in many festivals including the Jacksonville Jazz Festival, Mobile Jazz Festival, Savannah Jazz Festival, Cocoa Beach Jazz Festival, Clearwater Jazz Festival and the North Sea Jazz Festival, in The Hague, Netherlands.