Sasha Masakowski was born into a family of musicians in New Orleans, Louisiana and has been a 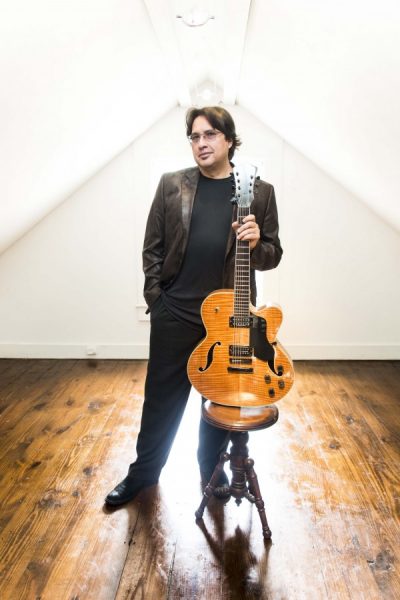 leading voice on the New Orleans music scene since 2009, when she was awarded “Best Emerging Artist” by the Big Easy Association.  Sasha is the daughter of the famed New Orleans jazz guitarist Steve Masakowski, who will perform with her as a special guest for this rare engagement.

She has since performed major clubs and festivals across the United States and abroad, and leads three bands of her own that range from traditional New Orleans jazz (Sidewalk Strutters) to contemporary jazz and world music (Musical Playground) to experimental electronic art-rock (Hildegard, Tra$h Magnolia).

Vanity Fair Magazine just listed Sasha as one of the top jazz musicians in the world and December 2015 issue of Downbeat Magazine named Sasha among the most innovative musicians coming out of New Orleans to date. She has performed 5 years consecutively at the New Orleans Jazz and Heritage Festival and has toured across the U.S., Asia, Europe and Central America.

Sasha’a approach to music is as playful, charismatic and spontaneous as her personality. Her influences draw from jazz to electronic music to rock and she performs often in fully improvised settings to help cultivate her exotic style. Sasha has earned a reputation internationally as a daring, fearless improviser and charming interpreter, working often alongside other progressive, genre-defying musicians such as Zach Danziger, Cliff Hines, Aurora Nealand, Paul Thibodeaux, Irvin Mayfield, and Jason Lindner to name a few.