Born in Grenoble, France, Romain Pilon started playing guitar at age 10, exploring all kinds of music throughout high school and eventually attending Conservatory in his native France before winning a scholarship from the famed Berklee College of Music in Boston. After his US sojourn, he had the honor of playing with Christan Scott, Esperanza Spalding, Warren Wolf, Lionel Loueke among others.  Eventually, 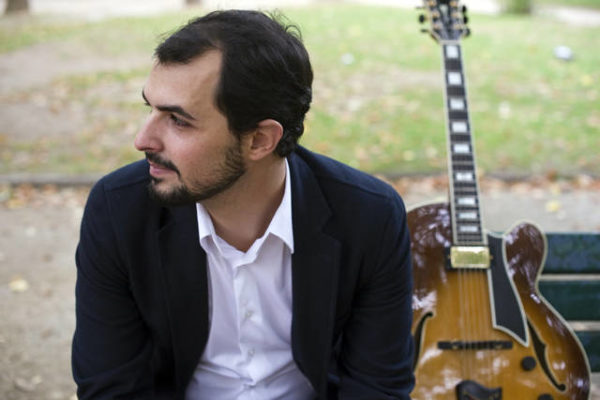 Romain decided to settle in Paris.

In 2010, Romain led his first project entitled, “Ny3” recorded in New York with Colin Stranahan on drums and Matt Brewer on bass. It got the highest possible rank in both Jazzman and Jazz News (“Shock” and “Indispensable”).

Besides his career as a musician and recording artist with four CD’s, Romain Pilon is a renown pedagogue. In 2016 he started a series of “mini lessons” videos on youtube. With over 120,000 views of the world, this experience has been a big success and has led to conduct masterclasses in the US, Portugal, Spain, Germany, Malta and beyond.  This performance features Israeli drummer Ronen Itzik and award-winning American bassist Jeff Denson.