Riley is a 22 year old singer/songwriter from the Northern suburbs of Atlanta. Her distinctive sound can best be described pop with an edgy soulful twist. 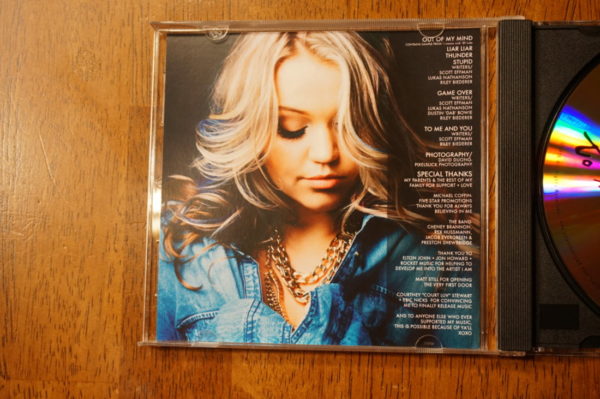 Riley has enjoyed singing since she was a young girl, and at 13 she picked up her first guitar and began writing songs. By age 14, her open mic performances drew strong local acclaim and quickly transitioned to paid three set performances in venues all over North Georgia. At Age 15, Grammy winning producer Matt Still (Outkast, Elton John, BB King, Joss Stone, Lady Gaga, Patti LaBelle, Jewel) discovered her singing and songwriting talent on YouTube and took her to Elton John who immediately signed her to his international music management company Rocket Music (Elton John, Ed Sheeran,). Governor Nathan Deal presented her with the prestigious Georgia Music Hall of Fame’s Bill Lowery Horizons Award when she was 16.

Rocket music was instrumental in providing Riley with opportunities to develop of her songwriting and vocal skills. Her work with dozens of established writers and producers in Los Angeles, New York, Nashville, Atlanta, Canada and France led to her signing a publishing agreement on her 18th birthday with the world’s largest publishing company, Sony/ATV. Riley and Rocket Music parted ways in May of 2015 when Rocket Music closed their North American operations.

Riley continued to perform solo or with her band in Atlanta, Nashville, Los Angeles, Chicago, New York and France, logging over 350 paid performances before the age of 20. Using youtube covers, many of which were self-produced live recordings, Riley organically built a huge social media following approaching 400 thousand fans, including over 262,000 youtube subscribers and 75 thousand Facebook fans. After leaving Rocket Music and striking out on her own, Riley decide to audition for Season 9 of the hit television show The Voice. As a member of Pharrell Williams and Gwen Stefani teams, Riley used powerful performances to become the first one chair turn, twice stolen artist to ever make the Voice Live Playoffs.

Upon conclusion of the Voice Season 9, Riley and her band were chosen by the international booking agency APA to be the opening support act for Nick Carter’s North American tour which will kick off in Sacramento CA on Feb 24 and cover 24 cities in 32 nights. She released her debut EP on Mar 1st.

Riley performed in the Ryan Seacrest produced YouTube competition series “Best.Cover.Ever” and won the episode earning her the chance to duet with Katy Perry in 2018.

She now resides in Los Angeles where she continues to pursue a career as a Singer/Songwriter.