American writer F. Scott Fitzgerald said “There are no second acts in American life.” Too bad he couldn’t meet American jazz guitarist Pat Martino for he might have changed his mind: not only did Martino have a second act, he also got a second chance at life. How many musicians do you know that have had to learn to play their instruments all over again?   – Jean-Pascal Vachon 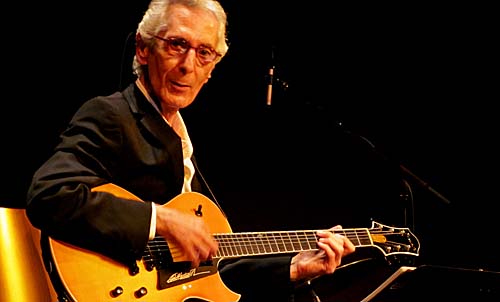 One of the most original of the jazz-based guitarists to emerge in the 1960s, Pat Martino made a remarkable comeback after brain surgery in 1980 to correct an aneurysm caused him to lose his memory and completely forget how to play. It took years, but he regained his ability, partly by listening to his older records.

Jazz and guitar fans will agree that listening to The Pat Martino Trio in a room with the comfort, sound quality and intimacy of The Velvet Note is a rare and precious opportunity not to be missed.