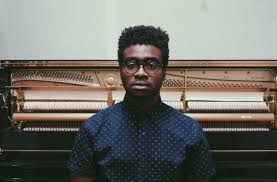 Guerin was born in Metairie, Louisiana and moved to Atlanta at age 11. Growing up in a family of musicians, Morgan was given his first pair of drumsticks at the age of six months, followed shortly thereafter by a drum set. By six, Morgan had his first saxophone. With his mother being a pianist and his father being a bassist, Morgan began playing piano and bass early on. His debut record “The Saga” was released in 2016. It featured Guerin performing the majority of the instruments on the record. Since moving to New York in 2016 and attending the New School for Jazz and Contemporary Music, Morgan had the great fortune of joining Terri Lyne Carrington’s band, “Social Science” where he plays electric bass, saxophone and EWI in the group. 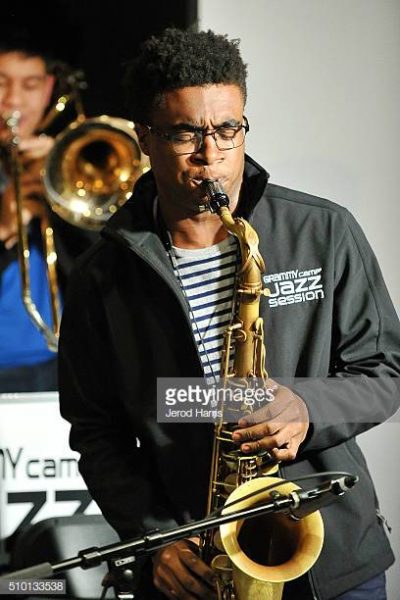 The Huffington Post named Morgan’s first album, “The Saga” one of the best Jazz albums of 2016 and Stereo Gum showcased his sophomore album, “The Saga II” in their August article for their favorite albums. He has also been featured in Downbeat Magazine, New York Times and Burning Ambulance. In 2018, Jammcard selected Morgan as one of their “20 under 20” artists.

Now at age 20, Morgan performs regularly with Terri Lyne Carrington and Social Science, Esperanza Spalding, Amina Figarova Sextet and Tyshawn Sorey. Also an active mixing engineer, Morgan has helped engineer albums from artists such as Justin Brown, Jesse Fischer, Grüt and Fullmoon Groove. During the fall of 2018, Morgan joined Esperanza Spalding on her “12 Little Spells” tour and played bass, Prophet, saxophone, bass drum and sang background vocals. Morgan was a part of her record, “12 Little Spells” and composed the song “How To” from the record with Spalding.

Before starting college, Morgan was a member of the Rialto Youth Jazz Orchestra (Directed by Gordon Vernick) from 2010-2016. He studied at the Berklee College of Music in Boston the summers of 2014 and 2015, was a member of the 2014 Vail Jazz Workshop, and performed at The Monterey Jazz Festival as a member of the Next Generation Jazz Orchestra in 2015 and 2016. In February 2016, Morgan was selected to be a part of the GRAMMY Band and had the opportunity to attend and perform at the 58th Grammy Awards. In January 2017, Morgan was selected as a National Youngarts Finalist. Morgan is endorsed by P. Mauriat Saxophones, Jody Jazz Mouthpieces, and Key Leaves.