Like most independent artists seeking to get higher profile gigs and build a following beyond their home region, Michael J. Thomas is intimately familiar with the uphill battles he faces in an industry that loves to pigeonhole performers as one thing or another. Fortunately for adventurous music fans who groove on mixed playlists, the Destin, Florida based saxophonist, vocalist, composer and producer is – as per the title of his fresh and eclectic new full length album – Driven to make music his way and embrace the future on his own terms. 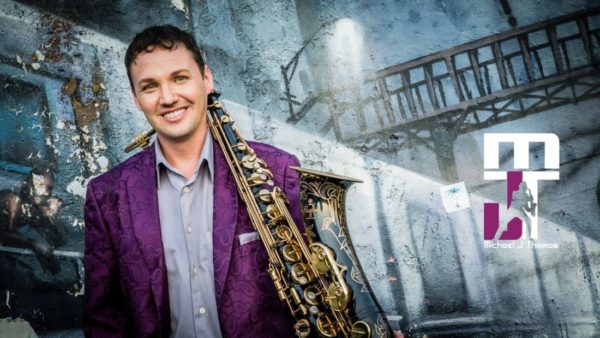 The ten-song set burst out of the gate jolted by a wave of national airplay for the first single, “Baby Coffee,” earning Billboard most-added honors in its debut week, followed by an add at SiriusXM’s Watercolors, leading the saxophonist-vocalist to sign a distribution deal for the project with Perry Music Group/Sony Music.  Baby Coffee charted #1 on three charts including Billboard (4 consecutive weeks), USA Today (Mediabase), and Smooth Jazz Top 20 with Allen Kepler.

From this point on, Thomas is all about that forward momentum. With widespread critical acclaim and high impact airplay and sales stats, his debut album City Beat put Thomas on the map and became one of the genre’s hottest independent releases of 2010. The title track hit #1 on Canadian based Smooth 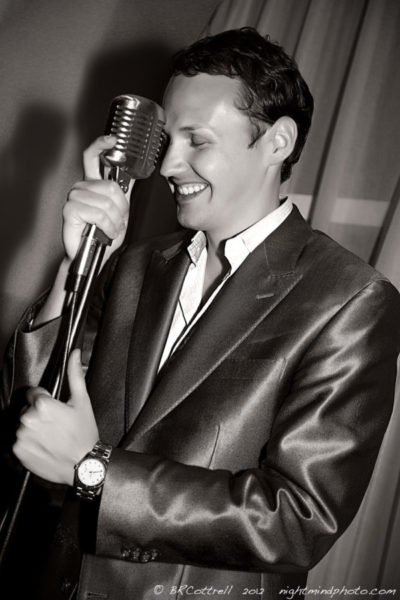 Jazz Now’s singles chart and hit the Billboard Smooth Jazz Airplay chart. In addition to the album receiving airplay on terrestrial and internet stations throughout the world, five tracks were put in regular rotation on The Weather Channel. In addition, his song “Amante Del Vino” was weaved into the plot of the film “Contagion,” starring Matt Damon, Gwyneth Paltrow and Kate Winslet.

Expanding his artistic scope significantly, Thomas earned comparisons to the legendary vibe of the late Michael Jackson for his lush pop vocals on his 2011 single “I Think About Amy,” which was released on Woodward Avenue Records and hit #16 on the Billboard Smooth Jazz Airplay chart and #12 on the SmoothJazz.com IndieStar chart. Also in 2011, he teamed up with two-time Grammy winning producer Paul Brown (George Benson, Luther Vandross, Al Jarreau) to produce Thomas and Wallace’s song “Without You,” featuring R&B vocalist Wendy Moten (who has done duets with, among others, Michael McDonald and Peabo Bryson).

Though surrounded by country music while growing up in the small town of Cecilia, Kentucky, Michael J. Thomas’ parents thankfully filled his childhood with a steady stream of legendary R&B/pop artists who would later become muses – Stevie Wonder, Earth, Wind & Fire, Michael Jackson, and Prince. Thomas studied piano at the age of seven and switched to saxophone in seventh grade—shortly after discovering contemporary jazz artists like Yellowjackets and Dave Grusin on a Technics demo disc that came with a stereo his dad purchased.  It was in his high school jazz band rehearsal one late evening when all of his ear training and emulation of other saxophonists finally came together.  The band was performing a run-through of Jimi Hendrix’ “Purple Haze” that had a transcribed alto sax solo that Thomas deviated from.  He says, “For some reason it all came together in an instant while taking the solo lead.  It finally clicked and I could improvise.  The band and the Director were so impressed that they stopped playing the song and clapped for me.  It was really at that moment, that my musical journey began.”

By his senior year in high school, he was performing in the All-State Jazz Band and was honored with a John Philip Sousa Award. He earned a music scholarship to the University of Kentucky, but left school early to pursue his professional career. Thomas was 19 when he joined the Jive Rockets, which opened for the Brian Setzer Orchestra, Big Bad Voo Doo Daddy, and Bill Haley’s Original Comets. While gaining a foothold in contemporary urban jazz since moving to Destin, Thomas’ busy gig schedule allows him to both play sax and sing in a wide array of genres. 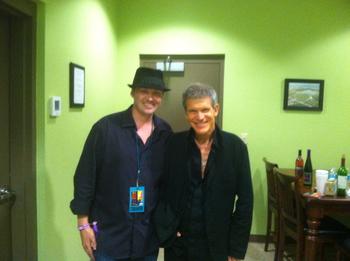 While holding down a residency as the in-house talent (with a repertoire of hundreds of songs in all genres) five nights a week at Destin’s Ruth’s Chris Steak House since 2006, Thomas has built a solid regional following via gigs at other local venues, private shows, festivals and concerts. He has performed four times at the Seabreeze Jazz Festival in nearby Panama City Beach, on bills featuring genre superstars Dave Koz, Richard Elliot, Boney James, Brian Culbertson, Kirk Whalum, Peter White, Rick Braun, Joyce Cooling, Steve Cole, Euge Groove, Mindi Abair, and Nick Colionne. Earlier in his local career, Thomas was named Best of the Emerald Coast in the “Best Musician/Vocalist/Band” category of Emerald Coast Magazine and “Best Musician In Destin” by Destin Magazine.

Perhaps Paul Brown, who worked with Thomas on the Moten single, said it best about the multi-faceted artist and performer: “Michael J. Thomas is an excellent and dedicated musician. He is a very fine and intuitive player and has one of the best soprano sax sounds I’ve ever recorded. I think he’s a rising star with a great career in front of him.”

Thomas says, “I think what makes me unique as an artist is my songwriting and my desire to try new things, new sounds, new approaches to production while mixing it up with different genres and now alternating between tunes with lead vocals and a lead sax line. Although my voice and the alto, tenor or soprano are the driving force of every track, my sound is more about straightforward emotional songs and melodies than about prolonged improvisations or trying to overdo it with crazy notes. While Shannon and I keep the production organic in the studio, Driven is truly a collaborative effort made possible by the time and talent given to me by these great musicians – and the power of modern technology to connect us across the miles.”