*** PLEASE NOTE:  THIS PERFORMANCE WAS ORIGINALLY NOAH PREMINGER, WHO WILL NOT MAKE IT FROM BOSTON FOR THE WEEKEND.  IF YOU REQUIRE A REFUND, PLEASE CALL 855.5.VELVET ***

Melvin started his professional musical journey in 1998 while enrolled at Morehouse College when he made an appearance on TLC’s triple platinum hit album “Fanmail.” Since that time, this Memphis, Tennessee native has 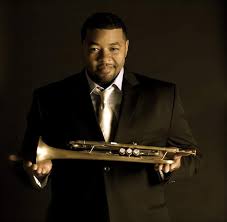 The beginning of 2010 signaled the beginning of a new chapter in Melvin’s career, as he resigned from his position as Director of Bands at Morehouse College to resume his performance endeavors full time. This refocus of his abilities was marked by the fantastic opportunity to tour with Tyler Perry’s company on his latest production, “Madea’s Big Happy Family” which also led to multiple tours, soundtrack recordings, and movie & television appearances. In 2011, Melvin released his solo debut entitled “Pivot” under the Turnaround Record to international critical acclaim, earning the title as one of the best jazz albums of 2011 on multiple charts and polls. Currently, endorsed by Reunion Blues Gig Bags and Cases, Phaeton Trumpets, and hercules Stands Jones continues to tour, record, and perform rigorously with various acts around the world.