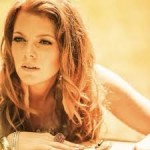 Kristen Hope Justice is an accomplished singer, songwriter, and musician based in the Atlanta area. A classically trained vocalist from an early age, she has also been writing songs since the age of thirteen and when she was fifteen co-wrote, produced, and recorded her first CD. Kristen has played venues from Atlanta to Chicago to London and back since she was fourteen. She has performed in her own original bands, in jazz combos, in choirs and show choirs, in corporate and private event bands, as backup vocalist, studio vocalist, saxophonist, guitarist, keyboardist and acoustically as soloist.

Her original material and current repertoire ranges from jazz to pop/rock to country. Kristen is currently working on releasing her first solo album of fourteen original songs.