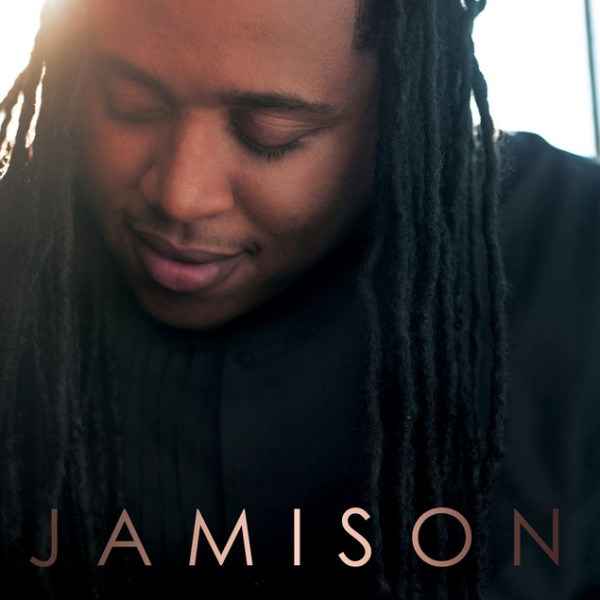 The Thelonious Monk Institute of Jazz introduced Jamison Ross as an incredible young drummer in 2012 after he won the Thelonious Monk International Jazz Competition. Three years later, Jamison, his joyous debut, presents him not only as a jazz musician who commands the drums, but also as a gifted composer, bandleader and more pointedly, a singer.

In fact, Ross sings on ten of the disc’s 12 sensational tracks. “When I won the Monk competition, basically no one there knew that I was a singer,” says 27-year-old Ross, before revealing that he began singing in his grandfather’s church while growing up in Jacksonville, Fla. “I grew up around the spirit of music with knowledge of how to present it but with hardly any level of formal education,” he recalls. “My family didn’t think about it too hard it; it was a just a part of who we were.”

It was Ross’ mother, Renee Ross, who encouraged him to buttress the musical gifts with formal training; Ross studied drums in elementary and high school. He went on to develop a higher level of understanding at Florida State University, where he received a B.A. in jazz studies. After relocating to New Orleans – where he currently lives – Ross earned a master’s degree in jazz studies.

After winning the 2012 Monk Competition, Ross toured and recorded with a variety of esteemed jazz artists including singer Cécile McLorin Salvant, pianists Jonathan Batiste, Dr. John and Jon Cleary; and bassist Christian McBride. Ross also continued working with singer and composer Carmen Lundy, who invited Ross to join her band prior to the competition.

On Jamison, Ross’ jazz erudition and his soulful singing mesh superbly.  Complementing him on the disc is a group of excellent jazz musicians – guitarist Rick Lollar, bassist Corcoran Holt, saxophonist Dayve Stewart, pianist Chris Pattishall, organist Cory Irvin, and trumpeterAlphonso Horne III – all of whom Ross has cultivated a bracing rapport dating back to his college years.  Also on deck is Batiste, who guests on four songs.

The disc begins with rapturous makeover of Muddy Waters’ 1977 classic, “Deep Down in Florida,” on which Ross brightens the rhythm and tempo with a roots informed groove. Batiste’s funky piano accompaniment, Lollar’s wailing guitar chords, and Holt’s fatback bass lines spur Ross’ intricate rhythms along while also buoying Ross’ yearning baritone vocals. “It’s no secret that I love the blues,” Ross says, “and this song demonstrates that.”

“Emotions” is the first original to appear. Ross first presented this captivating instrumental in 2008 when he participated in the Betty Carter Jazz Ahead program.  After hearing Washington, D.C.-based vocalist Christie Dashiell sing during one of his ensemble workshops, he wrote lyrics for it. The song became an instant hit among the other Jazz Ahead participants. “She sung the living daylights out of that song,” recalls Ross, who on this rendition handles the vocals while simultaneously supplying pneumatic danceable tom-tom rhythms atop an Ahmad Jamal meets Marvin Gaye arrangement.

Next, Ross pays homage to one of the greatest singing drummers – Grady Tate – on a winning makeover of Gary McFarland and Louis Savary’s 1968 soul-jazz classic, “Sack Full of Dreams.” Ross employs a relaxed swing while bringing a youthful radiance to the lyrics. The performance also features Holt thumping a delightful solo underneath Ross’ sparkling ride cymbal.

After the brief piano-vocal interlude “Sweet Surrender,” Ross delves deeper into the American songbook and delivers a fetching rendition of Guy Wood and Robert Mellin’s “My One and Only Love.”  Through Batiste’s elegant arrangement and Ross’ shadowy rhythms and soulful vocal interpretation, this new version bounces with a lithe R&B that will surely lure new listeners.

Ross pays tribute to Carmen Lundy with a glowing version of her 1994 composition, “These Things You Are to Me,” on which he evokes the song’s amorous sensibilities through his gentle rim-shot rhythms and sensual vocals. “Carmen gave me my first opportunity to tour as a jazz musician,” praised Ross. “I wish more people knew just how amazing of an artist she is.  Because of her, my motto is ‘All you need is for someone to give you one chance;’ and that’s what she did for me.”

Ross shines the light solely on his vocal and drums prowess with the enchanting solo two-minute piece “Jazz (Interlude),” which segues effortlessly into Ross’ “Epiphany,” a soul-bop original with triumphant hard-bop informed horn charts, driving rhythms and Ross’ warm wordless vocals. “Epiphany represents my development as a drummer and singer.  Exploring the possibilities of my voice coupled with my drumming has been fun and challenging.  I wouldn’t trade this journey for the world,” said Ross.

Jamison concludes with a song that helped seal the winning deal for Ross at the 2012 Thelonious Monk International Jazz Competition – the 1930’s classic “Bye Bye Blues.” Broken into two parts, the song begins with a vocal-piano duet between Ross and Batiste. Then it unravels slowly as a country-blues dirge, featuring Lollar’s howling guitar playing and Ross’ testifying crooning.

Just as he proved at the Monk Competition that one doesn’t have to display pyro techniques to win over listeners, Jamison eschews from callow virtuosity in favor of sleek, artistic maturity. “I grew up playing in church so chops are not a secret to me,” Ross explains. “My approach to drumming is about accessing the soulful sophistication of the music while dealing with the art of support. I’ve learned to never sacrifice the musical moments; I like to approach them all as unselfish as I can.  This way of thinking allows for my moment of authority to present itself.”

Still because many jazz fans know Ross primarily as a drummer, he was initially concerned that he had perhaps downplayed his drumming acumen too much.  But after a soul-searching conversation with his wife, Adrienne, he realized that he had nothing to prove regarding his drumming and that he should just be himself.  “With this record, there are no qualms about who I am as a musician or what my approach to the music is,” Ross enthuses. “On this record, I’m really ecstatic with what I’m presenting and who I’m presenting.  It’s Jamison.”