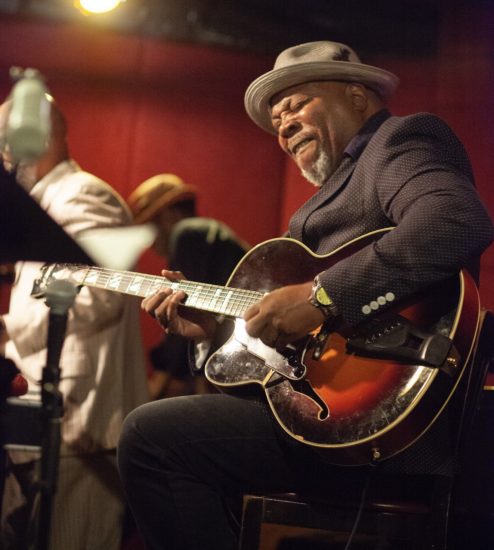 And although his new album on “The Burt Bacharach Songbook” is still a work in progress, the jazz guitarist will include a preview of the future release in his performance at The Velvet Note on Oct. 20.

“He is one of my favorite American composers,” Grant says. “His sense of melody in a song like ‘Alfie’ is beautiful and timeless.”

As the son of legendary jazz guitarist Grant Green (1931-1979), Grant Green Jr. was exposed to exceptional musicianship right from the start. Growing up in Detroit, Grant enjoyed a constant parade of jazz greats streaming through his living room. His neighbors included Marvin Gaye, Stevie Wonder and Gladys Knight, members of the Four Tops and the Temptations. Miles Davis was known to join impromptu jam sessions in their home. Grant Green Jr. has released music as part of the Godfathers Of Groove (w/Bernard Purdie), and is often seen as part of Col. Bruce Hampton’s band, and now he’s brought us his solo record, SOUL SCIENCE, recorded in Atlanta with Khari Cabral-Simmons and Daz-I-Kue.