DELTA MOON is a roots rock quartet from Atlanta, Georgia, featuring the unique double slide guitars of Tom Gray on lap steel and Mark Johnson on bottleneck slide. They sprang on the national scene winning the 2003 International Blues Challenge in Memphis and have toured hard worldwide ever since.  Lead singer Tom 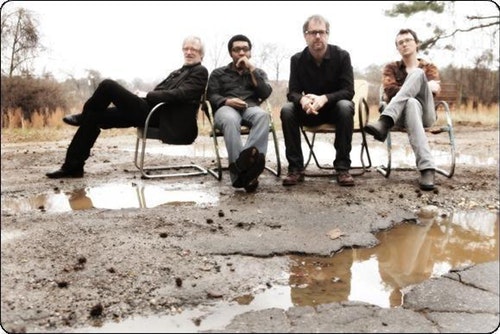 Gray has major cred as a superb songwriter (notably he penned the hit “Money Changes Everything” recorded by Cyndi Lauper) and writes much of the band’s material.

Babylon is Falling, released in 2018 and hitting the Top Ten on the Blues Chart, is the band’s 10th studio album following up the award-winning release, Low Down, named one of the best blues records of the year by both Downbeat and Blues Music Magazine.  Delta Moon tours extensively in North America and Europe. Their music has been featured in TV shows on Showtime, Lifetime, the Food Network & more.

“★★★★  A musical atmosphere of swampland sultriness … impressive.” – Downbeat “The potency of the guitar work by Tom Gray and Mark Johnson remains strong and their riffs are compellingly coherent.”  – Downbeat