with the Christian Tamburr Trio 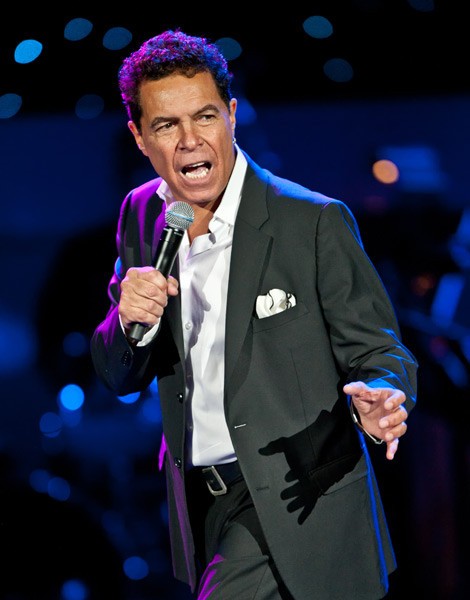 There’s no better way to be entertained for the holidays!  Like a painter with a blank canvas, Clint Holmes makes every performance an original. His powerful voice and magnetic stage presence embrace the upbeat side of life. When Clint is on stage, anything can happen, and usually does.Holmes, best known for his silky vocal stylings, has also honed his many other talents, which include dancing and a warm comedic touch.

Having spent more than 20 years performing, Holmes has served as Joan Rivers’ sidekick and announcer on “The Late Show”, as the musical feature and event correspondent for “Entertainment Tonight”, and as the host of his own Emmy award-winning talk/variety show. Holmes freely admits, though, that he loves nothing more than performing before a live audience.

Holmes comes by his tremendous talent naturally. His father is an African-American jazz musician and his mother is a classically trained opera singer from Great Britain. Clint admits it was the best of two musical worlds. “My mom taught me how to sing correctly, and my dad taught me how to enjoy it.” Casual elegance describes Clint’s presence on stage. He has a magical way of filling a room with a warm, comfortable sound. Clint’s musical selections range from contemporary to classic, with jazz and opera thrown into the mix. In addition, he has an energy and passion for life and performing that are infectuous. He exudes pure joy when he sings, having spent more than 20 years performing.

He released a DVD of his live performance at the Clint Holmes Theater at Harrah’s Casino, which debuted 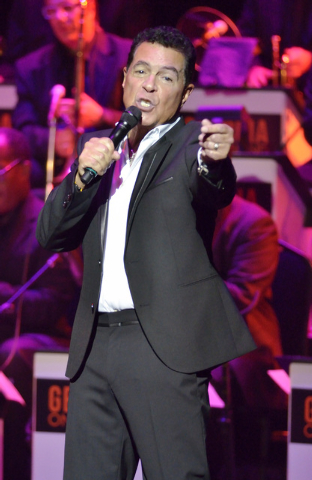 nationwide via IN DEMAND on July 7, 2001. In 2006, his PBS special of his Las Vegas act was aired nationwide. PBS filmed three acts in Las Vegas for airing recently and along with Barry Manilow and Andrea Boccelli, Mr. Holmes found himself in great company.  Since moving to Las Vegas, Clint has quickly become a favorite in the Las Vegas community as well as a major star in the entertainment arena. He was selected as “Best Kept Secret” by Las Vegas Life Magazine, and “Best Singer” (two years in a row), “Best All-Around Las Vegas Performer” and “Favorite Male Las Vegan” by the Las Vegas Review-Journal. Additionally, he has been the featured performer and host for the “Best of Las Vegas” gala for the Las Vegas Review-Journal and host of the “Las Vegas Life Epicurean Awards”.