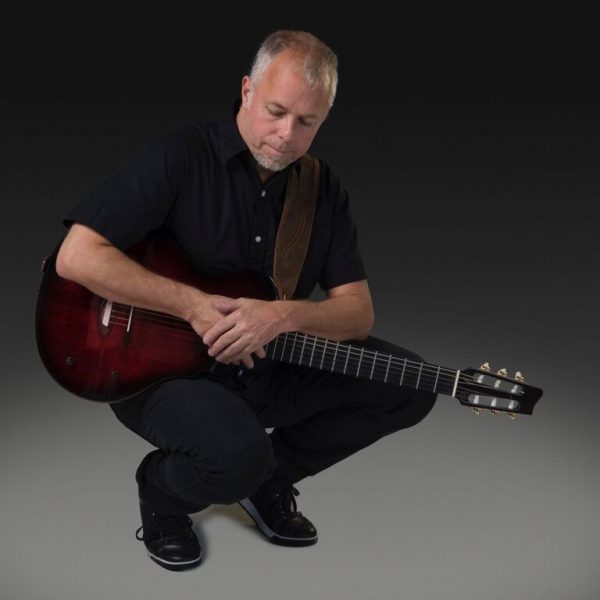 “Every day I am grateful for the gift of creative energy,” states Emmy-winning and Grammy-nominated guitarist Chieli Minucci (pronounced Key-eli Mee-noo-chee). With an enviable list of chart-topping radio hits, Chieli Minucci along with the late master percussionist George Jinda, masterminded the ground-breaking ensemble Special EFX.  On May 21, 2013, Chieli Minucci swings full circle on Shanachie Entertainment with his latest effort, Genesis, marking 30 years since the inception of Special EFX. The consummate artist is reenergized, and attributes this to the essential things in life. “I am inspired by healthy living, consistent relationships with family and loved ones, friends, and traveling.  My music is simply a consequence of what I am thinking about and feeling.”

Chieli Minucci was born in NYC, and grew up in nearby Forest Hills, Queens, where he still resides. His father (a concert pianist in Italy and a successful composer whose songs were sung by Nat ‘King’ Cole, Bing Crosby and Julius LaRosa and who later wrote the theme for the cult anime series “Robotech) introduced him to the piano at age six and encouraged him to become a composer. Chieli’s son, who is in his 20s, is also a musician thus making the Minucci clan three generations of musicians! Chieli shares, “I am sure that my father’s influence will always be with me. My love of classic American songbook music as well as jazz comes directly from growing up hearing him tinkering on the piano, working out the details of his own compositions, day after day.”

Chieli has earned 10 Emmy Award nominations for his music on the long-running NBC daytime drama “The Guiding Light” and has won 3. He has also been the main producer for Universal Music’s, Gotham Music Library, having written and recorded over 100 CDs. These CDs are geared toward such niche directions as extreme sports, inspirational, patriotic, orchestral, even contemporary folk. In 2003, Special EFX released the well-received Party, which featured the popular single “Ladies Man.”  In 2005 Chieli Minucci released Got it Goin’ On which spawned the top five hit “The Juice.” It was followed by the DVD, A Night with Chieli Minucci & Special EFX, which showcased a high-octane performance recorded at the world famous Harbourfront Centre Theatre in Toronto.