This is some of the most beautiful music I’ve ever heard, and we’re throwing a dinner party to celebrate.  Oh…and by the way…you’re invited!

Of Certain Elements, the third album from acclaimed jazz vocalist Karla Harris, it can be said that this is a place where lush contemporary comes along side deft 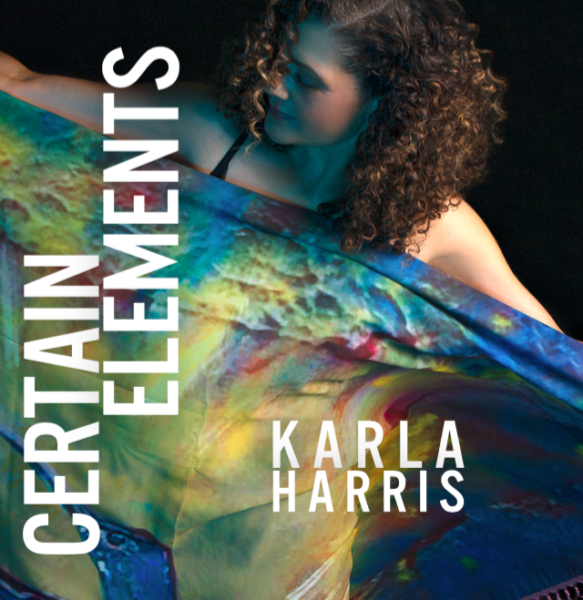 acoustic mainstream jazz to create the potent signature sound of this collection.  Intriguingly mystical and invitingly earthy, with an aural quality all its own, the record’s tunes of varying feels— Latin, contemporary, swing ,blues-inspired— showcase the velvety, dynamic range of Harris’ considerable talent to compelling effect.

Harris’ new recording demonstrates evolving artistry.  She leans creatively into a fuller spectrum of her gifts on Certain Elements, teaming with acclaimed producer Trammell Starks to create tracks where her authenticity and emotive power come shining through.  The record’s 12 tracks feature several originals penned by the vocalist, her first outing as a songwriter, and beautifully curated cover tunes, including the album’s first single, a contemporary jazz remake of the 1960s hit “Cherish.” Harris’ “Cherish” gets lush, romantic treatment, thoughtful rhythmic variation, and nuanced delivery of those longing lyrics.  Released to contemporary/ smooth jazz radio mid-September, it’s generating buzz quickly. The tune’s composer, Terry Kirkman, comments that it is a “beautiful surprise” for him, and that Harris’“  rich, warm, depth throughout her range is incredible… truly inspirational.”

During this dinner party, artist Karla Harris and her producer  Trammell Starks will tell the stories behind each luminous track of this release, and then play the recorded music for our attentive listening audience of press, friends and fans.