NBC’s “The Voice” Comes to The Velvet Note 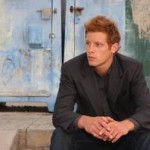 Soul singer, songwriter and blues pianist Orlando Napier is making his way from Los Angeles as we speak, playing his first gig outside of LA since he returned from the second season of “The Voice”. His destination? The Velvet Note, of course!

Orlando appeared on the music-reality show ‘The Voice’ in 2011. He was among the top 48 finalists and found himself on ‘Team Adam Levine’ where he worked one-on-one with the Maroon Five frontman as well as Robin Thicke while on the show. I asked Orlando about his takeaway

from the show, “I’m a lot more confident now as a performer. After you get up in front of millions of people, nothing can shake you. Now, I only get the good kind of nerves and I feel a little more validated.”

Orlando and his band are excited about being in Alpharetta. He says, “Ideally, I just want to show Atlanta what we’re capable of. I hear there’s a hub of music and I just want to knock people’s socks off!”
Orlando performs this Friday and Saturday, September 28-29 at The Velvet Note. Show times: 7:30pm and 9:30pm.
Opening Act: Flesh & Stone
Tickets are $25 and selling fast! Call 855.583.5838 for Reservations!!

This entry was posted on Thursday, September 27th, 2012 at 1:58 pm and is filed under News, Uncategorized. You can follow any responses to this entry through the RSS 2.0 feed. Both comments and pings are currently closed.