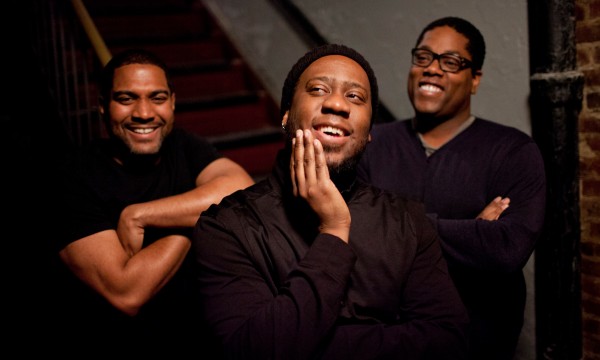 Following the breakthrough commercial and critical success of his two GRAMMY-winning R&B-oriented Black Radio albums, Robert Glasper returns to his acoustic jazz roots with Covered (The Robert Glasper Trio recorded live at Capitol Studios).   The Trio will perform this new release at The Velvet Note on September 18, 19 and 20.  The album reunites Glasper with bassist Vicente Archer and drummer Damion Reid, reforming the trio that created his first two Blue Notes releases, Canvas (2005) and In My Element (2007).

Covered, which was recorded before an intimate gathering of invited guests in Capitol Records’ historic Studio A, was designed to bring Glasper’s newfound Black Radio fan base along as he returned to the jazz fold. The set list features songs by hip-hop and R&B stars like Kendrick Lamar, Musiq Soulchild, John Legend, and Bilal alongside the jazz standard “Stella By Starlight.” Displaying his trademark eclecticism, Glasper also includes tunes by Radiohead and Joni Mitchell, along with a stirring collaboration with legendary singer/activist Harry Belafonte. The two Glasper originals on the album include a re-working of “I Don’t Even Care” which was a bonus track on Black Radio 2 featuring Macy Gray and Jean Grae.

WATCH THE LIVE RECORDING OF “SO BEAUTIFUL” HERE.

WATCH THE RECORDING OF “BARANGRILL” HERE.

In addition to recording Covered, Glasper has been busy with a wide variety of musical pursuits. He recently finished composing and recording the score for Miles Ahead, actor/director Don Cheadle’s upcoming film about Miles Davis. For a separate project, Glasper was also given unique access to Davis’ Columbia Records vaults, from which he’s assembling a remix album crafting new music from the legendary trumpeter’s recordings, rehearsals and outtakes, and he has produced a new tribute album to Nina Simone in conjunction with an upcoming documentary about the singer.