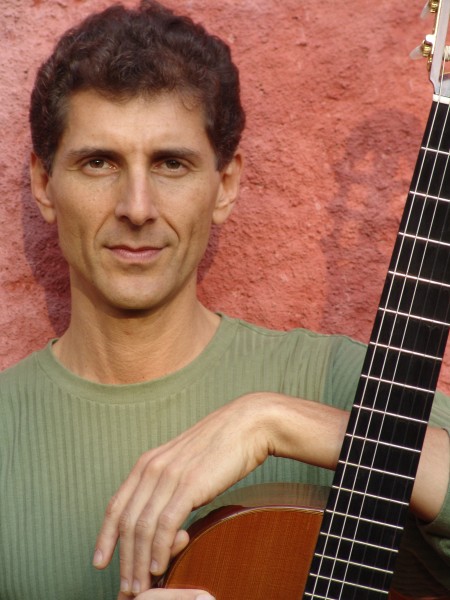 Born in Santiago, Chile, to Argentine parents of Eastern European extraction, guitarist, composer and arranger Rick Udler was 2 when his family moved to the U.S.A. As a child, the sound of the Beatles and other bands of that era had a profound impact on him and awakened his passion for music.

When Rick was 11, his family moved to São Paulo, Brazil, and soon after he took up the guitar. While still in his teens, he began performing professionally in São Paulo.

From 1981-1987, Rick lived in New Orleans, Los Angeles, and Miami, where he studied, performed, and built a reputation as a versatile player with a remarkable command of bossa nova.

In 1993 and 1994, Rick was commissioned to compose for the award-winning Grupo de Dois dance company. In 1996, Rhythm and Romance, the highly anticipated debut CD of the Udler-Alvim duo, was released in the U.S.   Publications such as JazzTimes, Jazziz, Just Jazz Guitar, Acoustic Guitar, Rhythm Music, and The Beat gave the recording outstanding reviews, and it was chosen “best debut album of the year” by the nationally syndicated radio program The Sounds of Brazil.