Rashon Murph and The Groove Alliance 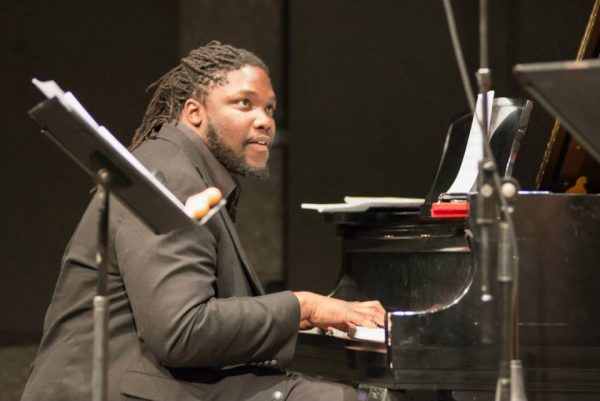 Rashon Murph showed interest in music at an early age.  He would constantly run to the piano and make music at the age of 3.  His mother saw his early passion and began to teach him piano basics.  Later he moved to professional lessons before studying jazz piano from The University of Cincinnati College Conservatory of Music.  He fell in love with other aspects of music such as producing and recording while in college.  He began playing and producing music all over Cincinnati, Dayton, Columbus, Indiana and frequent trips to other countries before being discovered by singer-songwriter and funk bassist Bootsy Collins of Parliament Funkadelic fame.  Bootsy Collins added him to his Rubber Band as a keyboard player which allowed him to take his gifts even further around the world.

In February of this year, Rashon moved to Atlanta with his music production partner to expose his music to a bigger market.  Although Rashon is new in town, he has wasted no time acclimating himself to the music scene.  He has been producing and performing all over the city while still traveling the world.

The Groove Alliance is a band that consist of some of the most talented and highly called musicians in the Atlanta area.  The Groove Alliance is full of youth and energy while still capturing the wisdom and patience of the music that they have studied.  You will hear some familiar songs you can sing along with as well as some exciting originals that you will fall in love with.  The band takes pride in the fact that they can adapt to many musical situations.  They take their name very seriously and are extremely dedicated to the groove.