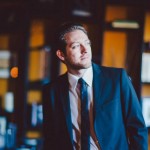 Nick Rosen is from Miami, FL. His broad skills and diverse musical palette cause him to be equally at home playing the most forward thinking Jazz music, the most demanding classical repertoire or Afro-Cuban music at the highest level.  At the age of 30, Nick Rosen has already compiled an impressive resume of accomplishments. He’s served as musical director for Jennifer Holiday, toured the world with Grammy winning drummer Yonrico Scott’s trio, and done countless performances with the likes of Roy Ayers, Dionne Farris, Grant Green Jr. and Donnie.

or watch one of their recent underground shows HERE:

What sets Nick apart from others is his versatility. Though trained in jazz and classical music, Nick is fluent in all styles and is not limited to any one avenue of expression.

Drummer Justin Chesarek hails from the same place as Jeff “Tain” Watts and Art Blakey, Pittsburgh, PA, and he hits with just as much ferocity and grace as his predecessors.  Bassist Nadav Spiegelman can play anything. His mature tone and the solidity of his time reflect the lineage of his influences while his playing is just as capable and confident as that of his elders. (Omer Avital and Avishai Cohen.)