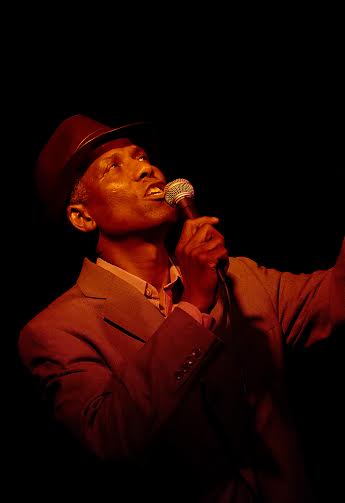 Nat George is a 30-plus year music veteran who is a singer/songwriter. music and theatrical producer.  He studied music at Dekalb Community College and Georgia State University, and holds a Masters Degree in Theology from Beulah Heights University.

Nat’s professional career began at 21, when he joined the US Airforce’s USO show called “Tops and Blues”.  He soon went on to release his first album called entitled Survivor, through CBS Records, and his single “Picked a Bad Time to Break Up” went to #35 on the Billboard Charts.

Nat is the playright  and star of the musical “A Change Gonna Come: The Sam Cook Story”—sponsored by Capital City Bank—which has toured and been performed in nine US cities, including Atlanta’s own Rialto Theater.    This special Father’s Day performance at The Velvet Note will feature soul, R&B, and jazz selections and include Arthur D. Turner (piano), Levi Patton (bass) Lorenzo Sanford (drums and Davey Burke (woodwinds).