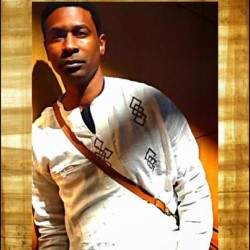 Rooted in Jazz, Latin, Flamenco, World and Gospel music since the age of 10,  Kevin has mastered and re-invented what is possible on the kalimba a traditional African instrument. Along with the kalimba, he seamlessly uses vocals, bass, strings and a multitude of instrument effects to seamlessly create an ensemble of funky music that will stir your soul and make you clap your hands.

“Kevin Spears puts on a performance full of groove, sound and intimacy that draws you into his unique yet universal world”.  —Benoit Glazer  musical director CIRQUE Du SOLEIL

Considered by many as one of the best kalimba players alive today, Kevin Spears’ musical gifts have astounded audiences around the world and rewritten what is possible on the exotic musical instrument called kalimba.

In addition to being a gifted musical artist, inventor, instrument builder and mixed media artist, Spears performs internationally including a recent tour of Japan and has worked with and/or opened for artists such as: Victor Wooten, India.Arie, Karen Briggs, Tom Browne, Pieces of A Dream, Bobby Lyle, Roy “Futureman” Wooten, Mamadou Doumbia (guitarist for Salif Keita/Toumani Diabate), Rising Appalachia, Toubab Krewe,  Richard Smith (guitarist for Earth, Wind and Fire) and Divinity (bassist for Beyonce) and many others.