“The standout jazz vocalist of his generation.” Newsweek 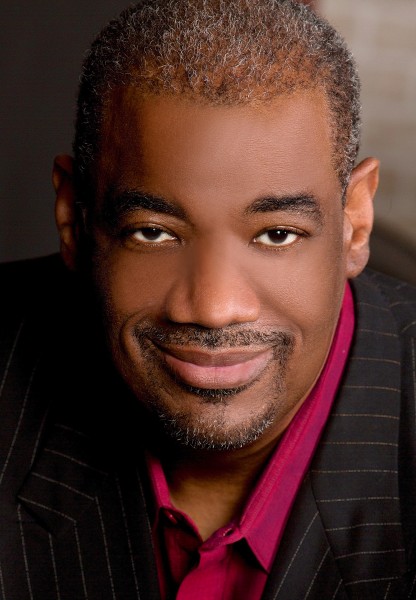 With over ten recordings as a leader, vocalist, businessman and educator Kevin Mahogany has been the standard setter for jazz vocalists for three decades.

His broad baritone was forged in his hometown: the legendary jazz metropolis known as Kansas City; where he learned to swing like Charlie Parker, shout the blues like Big Joe Turner, and cry a ballad like Lester Young; while, extending, elaborating and refining the jazz vocal legacies of Lambert, Hendricks & Ross, Eddie Jefferson and Al Jarreau into the myriad, interwoven dimensions of music – from gutbucket, the Great American Songbook, and gospel, to Mingus to Motown.

In 1996, Mahogany made his screen debut in the 1996 Robert Altman film Kansas City, portraying a character based on blues singer Big Joe Turner, and was also featured on soundtrack. 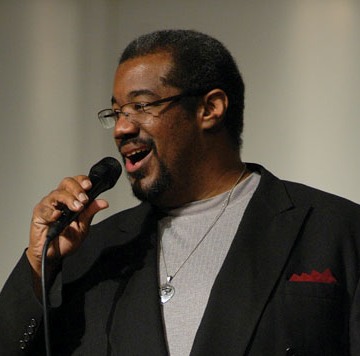 Vocalist Kevin Mahogany sings with the UWEC Jazz Ensemble I backing him up during Friday night’s Jazz Festival concert held in the Eau Claire Memorial Auditorium.

Mahogany is also an exceptional master teacher, as evidenced by his well-received work teaching at the Berklee College of Music in Boston and the University of Miami. He received an Honorary Degree from his alma mater, Baker University, in 2001.

Well into the change of the twenty first century, Kevin Mahogany continues to restructure the vocal metaphysics of a jazz thing, with his dynamic and down-home artistry.