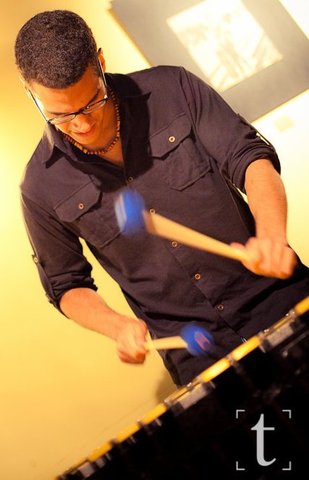 Raised in Mustang, Oklahoma, Dr. Joseph Doubleday is an ambitious, multitalented artist and entertainer, who has developed a distinct and recognizable voice on his primary instrument, the vibraphone. In his childhood, Joe was exposed to many cultures and styles of music, thanks to his family’s involvement in the non-profit foreign exchange program, PAX (Program of Academic Exchange) and his mother’s profession as a flight attendant, which allowed his family to travel the world. His fascination with music encouraged his parents to sign him up for piano lessons at the ripe age of 7, and to purchase a small piano. Around the age of 12, Joe obtained a Lionel Hampton, Art Tatum, and Buddy Rich recording that sparked his interest and love for Jazz. Since Joe started in the music program in middle school, he has always sought to increase his breadth of knowledge of the music. In 2008, Joe moved to Oklahoma City to do a dual major in Music Education and Percussion Performance and by 2010 was performing 4 to 5 nights a week in local jazz clubs as a sideman and bandleader. He then moved to Boston in the fall of 2010 to finish his bachelors and graduated Cum Laude from Berklee College of Music. In the meantime, he developed a rapport in the national and international music scene through performances with legendary jazz artists such as The Ralph Peterson Fo’tet, Terri Lyne Carrington, and Dave Liebman.

In 2013, Joe was the first Vibraphonist to be accepted to the prestigious Jazz Studies program at the Julliard School of Music in New York City. While completing his Masters in Music, Joe continued to tour internationally as a band leader and side man at places like Dizzy’s Jazz Club Coca Cola, Carnegie Hall, SF Jazz Miner Auditorium, Olavshallen Concert Hall (Norway), to mention a few. Since completing his studies in 2015, Joe has done such things 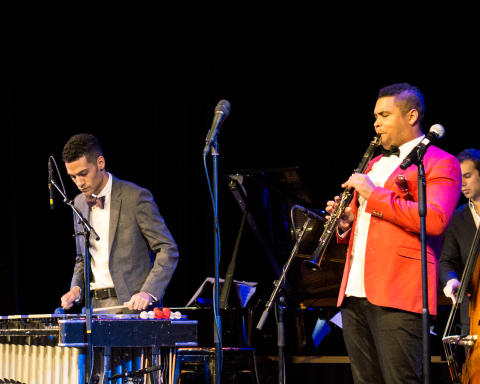 as tour with Chris Potter’s Underground Orchestra, get invited to perform as a featured Soloist with the Jazz at Lincoln Center Orchestra under the direction of Wynton Marsalis, and perform at the Legendary Village Vanguard as a member of The Kenny Barron Quintet. Joe has also recently recorded on a track with rap superstar Mac Miller and REMemeber Records signee, rising vocalist, NJOMZA.

Jospeh will perform with his quartet, including Norway-born clarinetist Felix Peikli.