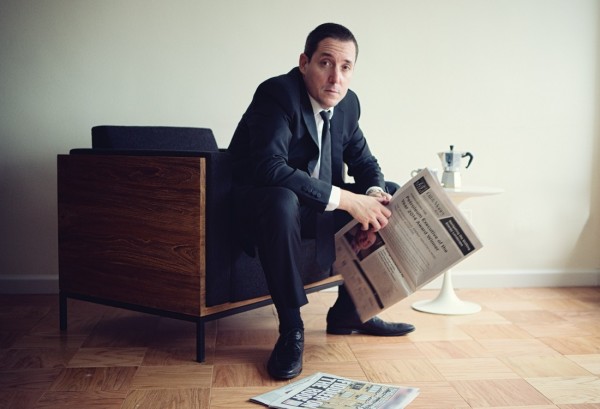 Produced by Mitchell Froom (Crowded House, Paul McCartney), and featuring Davey Faragher and Pete Thomas from Elvis Costello’s band the Imposters, Stop Timefinds Regen at the peak of his songwriting and pianistic powers, with ten original tunes that brim with humor and heart. Songs like “I Will Wait,” “Morning Papers” and “Stop Time” prove Regen a master of the sticky lyric and the penetrating piano hook, recalling the work of forebears like Billy Joel and Randy Newman while simultaneously showcasing Regen’s singular take on modern love. In the words of storied Rolling Stones keyboardist Chuck Leavell, “Stop Time never stops pleasing the ears.”

“The album really began after I met the actor Jeremy Irons at a party in London,” Regen says. “We started talking over ample amounts of wine and soon after, he asked me to play the piano for him. Not wanting to disappoint an Oscar winner, I sat down and started playing a bluesy, New Orleans kind of vamp. Without warning, he grabbed a cello off the wall and started playing it like an upright bass. We jammed together on that one song for nearly fifteen minutes! When I returned home to New York City, I married the bluesy feel of that jam session to a set of lyrics I had written about a guy who becomes dismayed watching his youth slip away. The resulting song “Stop Time” became the anchor for the album that was to come.”