“The people I listened to in college are still the cats who are influencing me today,” says tenor saxophonist Eric Alexander. “The legacy left by Bird and all the bebop pioneers, that language and that feel—that’s the bread and butter of everything I do.” George Coleman is a big influence because of his very hip harmonic approach. And I’m 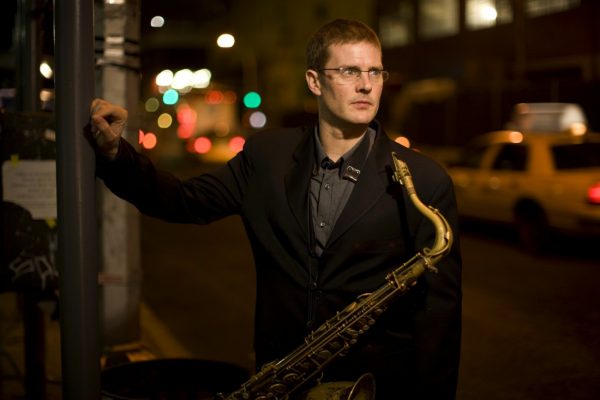 still listening all the time to Coltrane because I feel that—even in the wildest moments of his mid- to late-60s solos—I can find these little kernels of melodic information and employ them in my own playing.”

In 1991 Eric competed against Joshua Redman and Chris Potter in the Thelonious Monk International Jazz Saxophone Competition. Placing second, this launched him into the whirlwind life of a professional jazz musician. He played with organ trios on Chicago’s South Side, made his recording debut with Charles Earland (Muse Records, 1991), and cut his first album as a leader, “Straight Up” (Delmark, 1991). More recordings followed for numerous labels, including Milestone. In 1997 he put out “Man with a Horn.” The following year saw the release of “Solid!”—a collaborative quartet session with George Mraz, John Hicks, and Idris Muhammad—as well as the first recording by his sextet One for All.

Eric has appeared on record as a leader, sideman, producer, and composer. By now, he has lost count of how many albums feature his playing; he guesses 60 or 70. He has earned praise from critics and, even more important, established his own voice within the bebop tradition.

Also featuring Joe Farnsworth on drums,  and Kevin Smith on bass and Kevin Bales on piano.

Some shows are sold out.  Purchase remaining tickets BELOW: