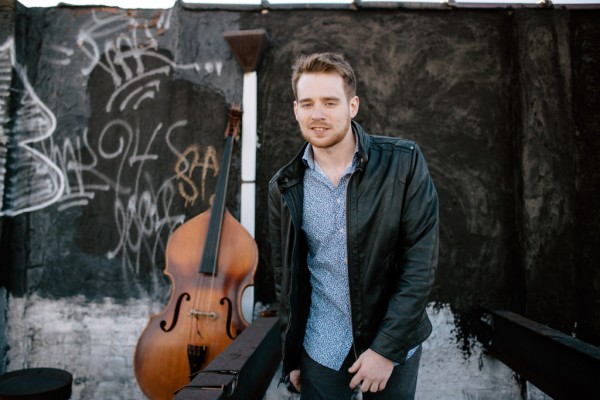 22 year old Alexander Claffy was raised in a musical household (his father is a pianist, his mother, a vocalist), and had many of his earliest lessons on bandstands in the heart of Philadelphia. As a teenager, Claffy was fortunate enough to find a mentor in Philly native Mike Boone, and has continued his study of the double bass with some of the world’s finest musicians, including Ron Carter, Dwayne Burno, Ben Wolfe, Orin O’Brien and Gregg August. Since moving to New York City in 2011, he has had the honor of working with many of his living heroes, including Johnny O’Neal, Louis Hayes, Sean Jones, Russell Malone, Wallace Roney, Ralph Peterson, Jr., J.D. Allen, Stacy Dillard, Bruce Harris, Duane Eubanks, Emmet Cohen, Benny Bennack III, and Orrin Evans on whose 2013 release “[It Was Beauty]” he made his recording debut. Alex also appears on three forthcoming records in 2014: JD ALLEN’S “BLOOM” and Ralph Peterson Jr.’s “Alive at Firehouse 12: Volume II”, and Ben Eunson’s “Autumn”. Alexander resides in Harlem.