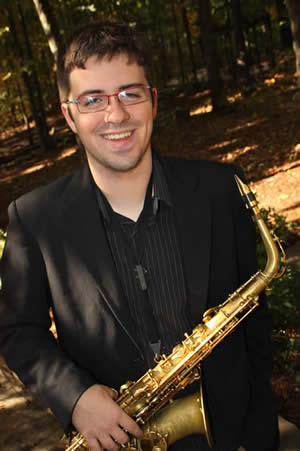 Zac Evans is an Atlanta–‐based saxophonist and composer that focuses on the balance between versatility and personality.  As a composer, Zac brings a personal voice to his songs that draws influence from the jazz tradition as well as modern styles including rock, hip–‐hop, and electronica. Zac has performed internationally with a variety of ensembles.

In2013, he travelled to Morocco and performed at the International Festival of Theater at the University of Casablanca. Zac performed with the KSU Jazz Combo at 2013 the Jazz Education Network Conference, performing both original compositions and arrangements. Also In 2013, Zac was selected as a finalist in the ASCAP Herb Alpert Young Jazz Composers Awards. He has also performed with various local acts including Monkier, the Quiet Hounds, as well as the Kennesaw State University Wind Ensemble, Orchestra, Jazz Ensemble, and Jazz Combos.