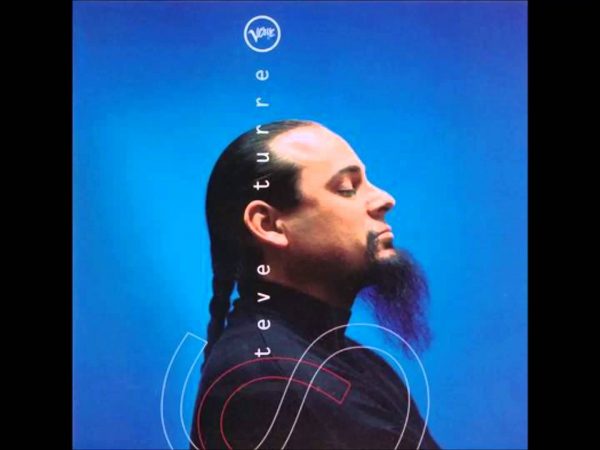 Steve Turre is an American jazz trombonist, a pioneering musical seashell virtuoso, a composer, arranger, and educator at the collegiate-conservatory level who, for fifty-two years, has been active in jazz, rock, and Latin jazz – in live venues, recording studios, television, and cinema production.   As a studio musician, Turre is among the most prolific living jazz trombonist in the world.  As a member of a television orchestra, this is Turre’s thirty-second year as trombonist with NBC’s Saturday Night Live Band.

One of the world’s preeminent jazz innovators, trombonist and seashellist Steve Turre, has consistently won both the Readers’ and Critics’ polls in JazzTimes, Downbeat, and Jazziz for Best Trombone and for Best Miscellaneous Instrumentalist (shells). Turre was born to Mexican-American parents and grew up in the San Francisco Bay area where he absorbed daily doses of mariachi, blues and jazz. While attending Sacramento State University, he joined the Escovedo Brothers salsa band, which began his career-long involvement with that genre. 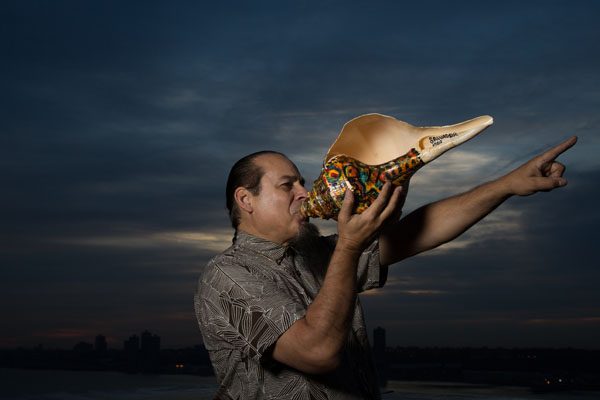 In 1972 Steve Turre’s career picked up momentum when Ray Charles hired him to go on tour. A year later Turre’s mentor Woody Shaw brought him into Art Blakey’s Jazz Messengers. After his tenure with Blakey, Turre went on to work with a diverse list of musicians from the jazz, Latin, and pop worlds, including Dizzy Gillespie, McCoy Tyner, J.J. Johnson, Herbie Hancock, Lester Bowie, Tito Puente, Mongo Santamaria, Van Morrison, Pharoah Sanders, Horace Silver, Max Roach, and Rahsaan Roland Kirk. The latter introduced hum to the seashell as an instrument. Soon after that, while touring in Mexico City with Woody Shaw, Turre’s relatives informed him that his ancestors similarly played the shells. Since then, Turre has incorporated seashells into his diverse musical style.

In addition to performing as a member of the Saturday Night Live Band since 1984, Turre leads several different ensembles. Sanctified Shells utilizes the seashell in a larger context, transforming his horn section into a “shell choir”.  Steve Turre continually evolves as a musician and arranger. He has a strong command of all musical genres and when it comes to his distinct brand of jazz, he always keeps one foot in the past and one in the future.