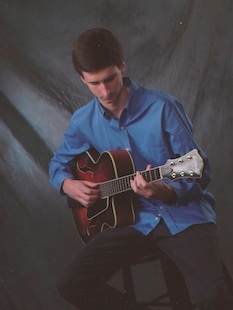 Patrick Arthur is a guitarist based in Kennesaw, GA. Originally from Augusta; Patrick began playing local venues while in high school and was a featured artist at Augusta’s Candlelight Jazz series. He is a member of Augusta’s “Young Lions” project and has performed in numerous big bands in the Augusta area, including the Augusta Amusements Big Band and the Augusta Big Band Aggregate. Throughout his high school career, Patrick was selected to be a part of various honor bands, including the All State Orchestra where he played percussion, as well as the All State Jazz Band and the Governors Honors Program for guitar.