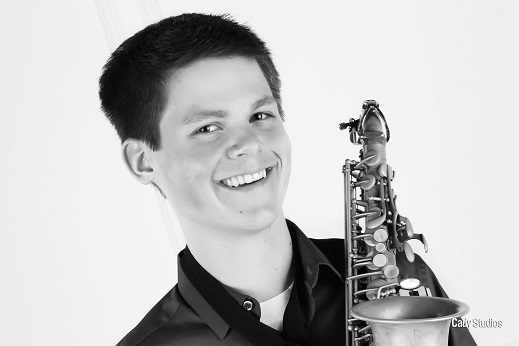 Michael Opitz was raised in Kennesaw, Georgia. He attended North Cobb High School and was selected to perform in the GMEA All-State Jazz and Concert bands. Currently, he attends Kennesaw State University as a jazz performance major under the direction of Sam Skelton. He has studied with many legends including Sam Skelton, Tyrone Jackson, Mace Hibbard, Mark Colby, and his father, an Atlanta area trumpet player.  He has shared the stage with icons such as Wycliffe Gordon, Allen Vizzutti, as well as many highly-respected local players including Kevin Bales, Trey Wright, Justin Chesarek, Gordon Vernick, and Lester Walker. He appears regularly with Orquesta MaCuba and in several venues around Atlanta. He is profoundly thankful for everyone that has had any role in his development as a player and person, and is excited to see where life takes him.