An Intimate Evening with ‘Lil G 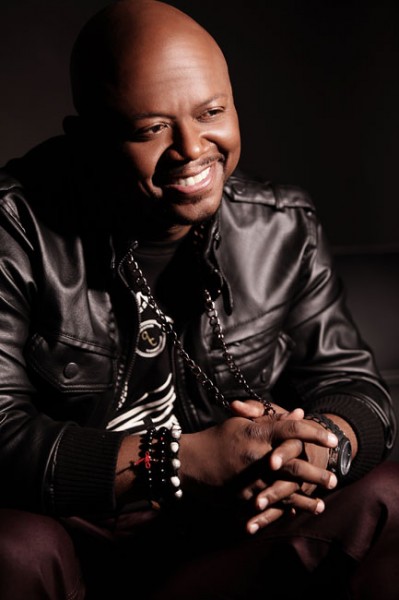 In the first show of its kind, R&B superstar and SILK frontman Gary “’Lil G” Jenkins leaves the large arena and performs an intimate,one-of-a-kind,  up close concert for his fans at The Velvet Note.

Born and raised in Nashville, Tennessee, this musical genius started singing in church at the early age of seven, which earned him a role as a featured soloist on The Bobby Jones Gospel Show for many years to follow. At the age of nine and only a few lessons, Gary E. Jenkins mastered the guitar, which engraved a new appreciation for the art. That was truly the unleashing, as his gift expanded into fourteen instruments, including an assortment of keyboards, drums, guitars, etc. (most of which have been self taught).   While attending Tennessee State University (TSU) in Nashville, Gary majored in music, with an emphasis in piano and voice. As a member of the prestigious TSU Jazz Ensemble, he was selected to accompany Dizzy Gillespie on piano, during his visit to the school. In addition, he appeared in several opera productions and performed with the popular TSU marching band.  In transitioning this love for music into a career, Gary formed a band and began performing in and around the Nashville area, winning the National Budweiser Showdown.

In 1992, Gary answered an audition call and earned the lead singer role for the newly signed R&B group, Silk. Their career began with the success of the decade’s most memorable single, the legendary “Freak Me”, which was a chart topper across the board for months. The song was one of their many releases from their 1993 debut album Lose Control. With new musical presence, Gary established himself as a multi-talented songwriter, producer and instrumentalist, resulting in phenomenal success for the group. Their career spanned the globe for nearly ten years, with more than five million records sold. The success of their sophomore album, Silk, led to the follow-up, Tonight. Remaining consistent, they released their fourth album, Love Sessions. Gary gained national recognition with his appearances on Jay Leno, Regis and Kathi Lee, MTV, BET, Soul Train, Jenny Jones, Ricky Lake, Moesha, Showtime At The Apollo, Motown Live and, to name a few. Achieving international acclaim, Gary has toured throughout the world in such countries as Japan, Korea, the United Kingdom, Canada, Mexico, France, the Netherlands and Germany.  Returning to his roots, Gary resigned from the group in 2002 to persue his first love: the passion of true musicianship. Over an eighteen month period, he wrote, recorded and produced, with live instruments, his first independent, solo project: The Otha Side. Currently touring in various venues throughout the US, Gary is establishing himself in a class with a few of today’s hottest artists who share the title of pure musicianship — Alicia Keys, India Arie and Lenny Kravitz, to name a few. His audience is a collection of those who appreciate his organic talent, untouched or restricted by the power of this industry that so often molds an artist into its own vision while loosing the individual identity. His audience is a collection of those who value true artistry, well composed songs with expressive lyrics. His audience is a collection of those who take pleasure in an electrifying live performance, with the rich vocals of a full octave range and the intense sounds of live instruments. It is real entertainment!   Although Gary studied theater in school, co-starring in Hello Dolly and Harvey, he made his professional debut in 1997 in the production of Sneaky. He has since appeared in numerous musicals, such as Fake Friends, Perilous Times, Secret Lovers, and the popular Tyler Perry’s Ma Dear’s Family Reunion, which were on national tours, periodically, from 1997 through 2002.  After experiencing solo success Gary returned to SILK and they are currently working on their new album that is scheduled for a 2014 release.