Cedar Walton claimed Erin McDougald was “one jazz singer with a thousand hearts-worth of depth… and musical stories made all [her] own”. A jazz vocalist with stylistic panache and pith, these videos expose her sultry, witty and vulnerable attributes in live and produced footage for audiences of all ages and interests to discover jazz as revealed by Chicago’s modern day “flapper girl”. 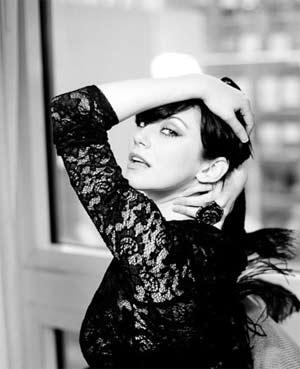 a Chicago-based jazz vocalist, bandleader, composer-lyricist and producer. McDougald is known for her innovative arrangements of jazz standards and phrasing which many critics compare to Chicago-born jazz song stylist, the late Anita O’Day. Her company, Flapper Girl Productions, has served as th record label for two of McDougald’s albums (Blue Prelude, 2000, and Meeting Place, 2006). She has produced four critically acclaimed recordings as leader since 2000, and is the creator the FGP JazzSeries in Chicago, which brings a live audience into a recording studio environment so they may be part of the recording process and part of the actual recording through audience reactions and applause. This idea was developed from James Wagner’s original “Strobe Sessions” in Wicker Park. She has performed with jazz luminaries Dave Liebman, Nicholas Payton, Ira Sullivan, Rodney Green, Howard Levy, Orlando Sanchez-Soto, Roy Hargrove, Von Freeman, Carlos Henriquez, Harold Mabern and others.